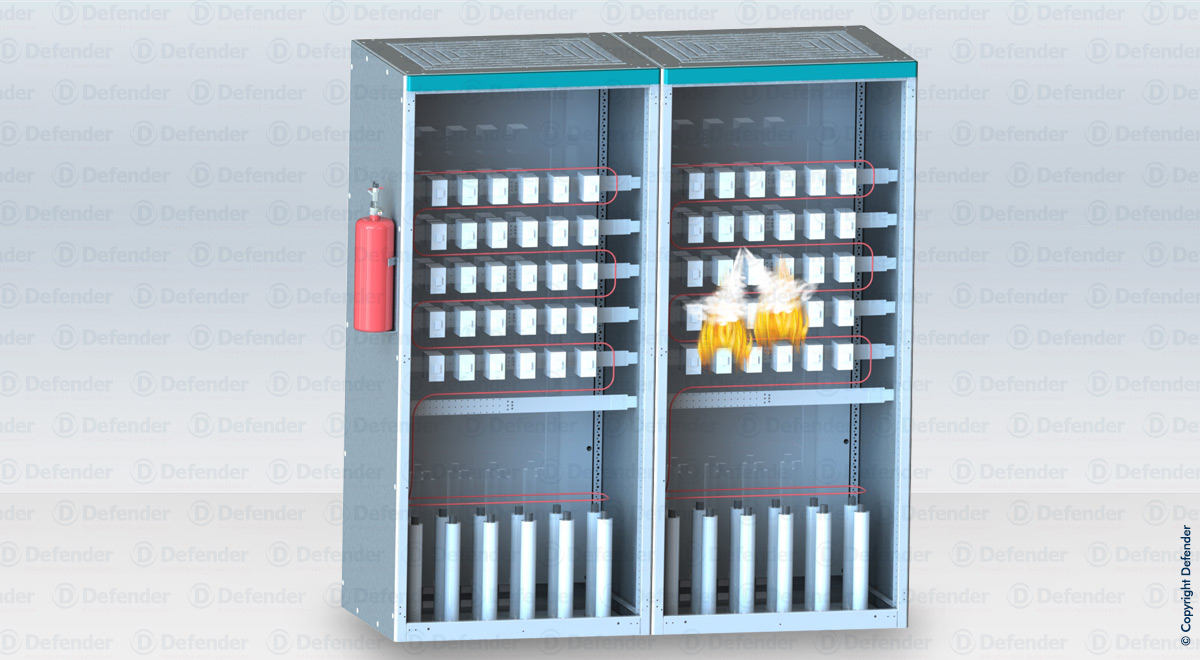 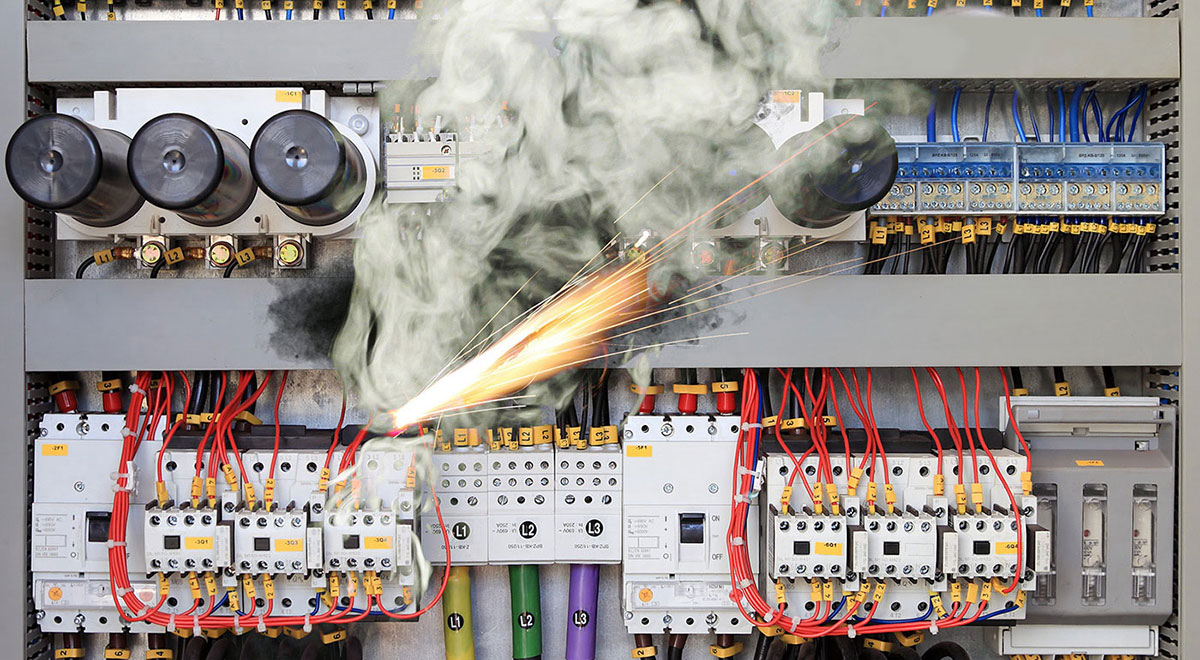 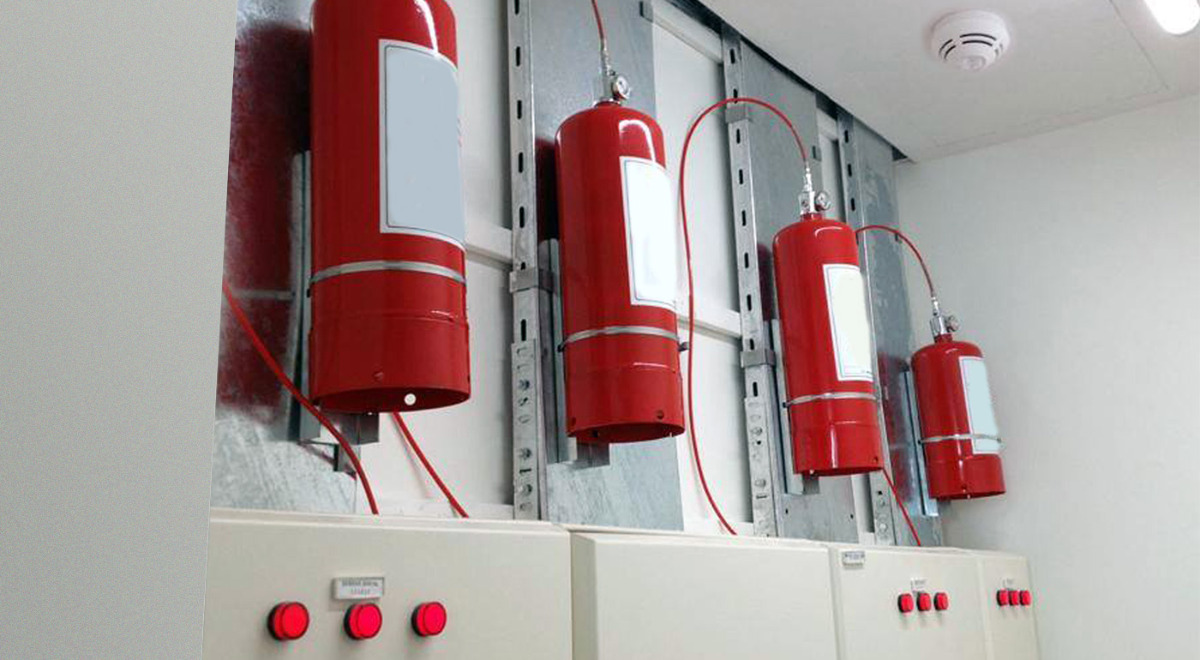 In-panel fire extinguishing systems are known as low pressure systems. Only the volume information of the place to be protected and the required gas amount according to the application area are found and Special design DLP valve and FA236 clean and effective extinguishing gas are used. Thanks to its special design, the manometer can be changed without removing the cylinder pressure in case the manometer malfunctions. Upon request, data such as system activation or pressure loss with pressure transmitter can be monitored from the fire panel.

The heat sensitive hose is pierced at the closest point to the flame with the effect of fire temperature, as a result, the FA236 clean gas in the Cylinder is discharged into the room. On the other hand, in-panel extinguishing systems are low pressure and do not cause any damage to the equipment. If it is desired to be informed that the system is working, it can be integrated with an audible or light signal device or it can be provided to inform the general fire alarm panel of the building.

In the direct system, the hole in the heat sensitive hose as a result of the fire reduces the pressure in the hose, so the valve is triggered and the gas is discharged from the torn point due to the heat effect.

Sensitive detection and extinguishing, proven in the field for 5 years. It has protected many businesses from various sectors from electrical panel fires.