Fire Risk In The Kitchen

The stove hood and the oil filters inside do not cause a fire, but they are in a high risk group as they cause fire to develop and spread. Since stove hoods in the kitchen don’t have a source of electrical or gas energy, they cannot start a fire on their own. However, cooking devices under the hood are high heat sources. The flames which are started by cooking devices or their producing high heat cause the waste oil accumulated in the stove hood and the filters to ignite. In addition, there are special reservoirs in the stove hoods for the accumulation of oils. When these chambers are not cleaned regularly, a lot of oil accumulates. Since the chemical structure of these accumulated oils deteriorates, it is very easy to ignite. When the flames in cooking appliances reach the stove hoods and filters, these oils easily ignite and cause the fire to develop and spread.

The flues are in the high risk group. Each stove hood has one or more flues. They are in a position that is difficult to reach. It is often reported by users that the chimney cleaning is neglected. Although there is little oil accumulation in the vertical chimney, large amounts of oil accumulate in the horizontal chimneys. If these oils are not cleaned, they easily ignite in a possible fire in cooking appliances and it is very difficult to extinguish. Due to the mixing of oil and coal smoke, it is known that a very low combustion temperature occurs in the flues and the stove hood where charcoal grills are used.

The most risky cooking device in a kitchen is the deep fryer. Cooking oils used in deep fryers often cause fires. Cooking oil (sunflower oil, canola oil, olive oil, corn oil, etc.) starts to burn at different temperatures depending on the types. In cooking oils, it is generally accepted that automatic burning starts at 360 ° C. This varies +/- 10 ° C depending on the type and duration of use. There are fryers in various capacities, including industrial type of single boiler and double boiler. Most common fire rankings are stated below.

Since convection ovens are technological devices, their fire risk is very low. Very few fire cases have been reported, and they occurred usually due to thermostat malfunction or mechanical breakdown. 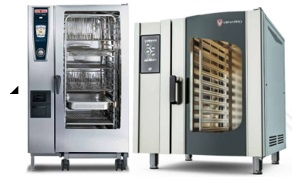 Fire risk of electric and gas cookers is in the medium risk group. Although the number of fires caused by the malfunction of the device is low, it has been reported that a fire occurred due to the burning of the food cooked on it. In addition, the cooking vessels on these devices are small in scale and the amount of cooked food is small, and they can be extinguished with simple interventions, which includes the device in the medium risk group. It is generally reported that the fires in gas stoves are caused by gas pipes.

The fire risk of wok stoves is in the medium risk group because they are powered by gas and the oil and food are in the same pan. Fires usually occur due to personnel negligence (leaving the pan on the stove). Again, the fires that occur due to the low amount of oil and food in the pan are extinguished with simple interventions. Fires caused by gas pipes are reported due to the use of gas as fuel.

Plate cooking devices are in the medium risk group. There are serious reports of fire in large / wide cooking appliance surfaces and dense cooking appliances. The reason is reported as the fire occurred as a result of personnel negligence and not taking the food from the device on time. Another information is that the tanks where waste oil accumulate, ignite when they are not cleaned properly. Plus, it has been reported that fires which occurs in gas cookers are resulted from gas pipes.

Tilting pans are also in the high risk group. There are fires in these devices due to misuse. Fires caused by the use of excessive oil or food in the devices have been reported. Cooking with the lid of the appliance closed, and the contact of oil vapor and oxygen while opening the lid at the end of the cooking cause fire. 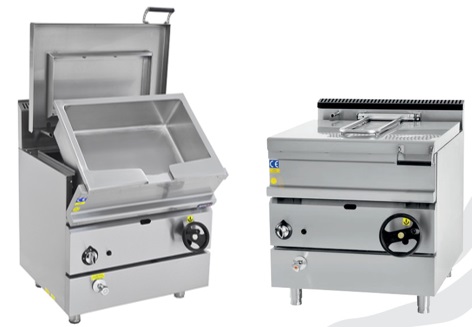 These devices are in the medium risk group. Fire frequently occurs due to device malfunction, improper use, thermostat breakdown or uncontrolled cooking in the cooker. However, device’s being completely closed reduces the risk. Also, large amounts of smoke in the kitchen is undesirable.

There is no risk of fire in the double boiler since it works with hot water.

No fire risk has been reported. 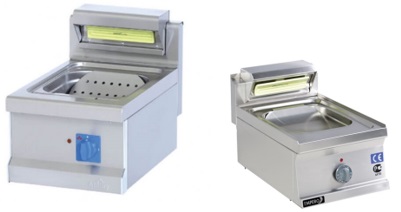 There is no risk of fire due to working with hot water. 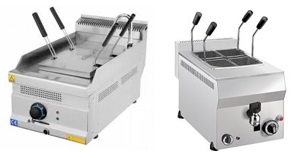 No risk has been reported since it works with hot water 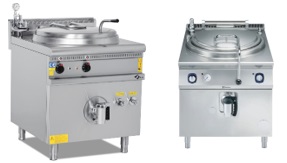